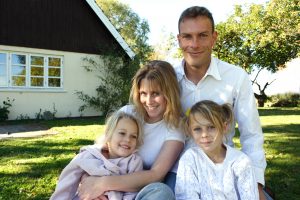 Families tend to be complicated, which often means that estate planning is both complicated and necessary. Without an estate plan in place, state intestate succession laws determine what happens to a decedent’s estate assets. As a general rule, this means that a spouse and/or children inherit from the estate. While that sounds simple enough, even that simple concept can be complicated. For example, what happens if there is an illegitimate child? To help answer that question, we will explore how state inheritance laws treat a child born out of wedlock in California.

The Evolution of “Illegitimate” Children in the Law

Until fairly recently, a child born to unwed parents was not afforded any rights in the eyes of the law. To illustrate, the Latin term used in the law for a child born out of wedlock was “filius nullius” which translates to “child of no one.” As a “child of no one,” such a child had no inheritance rights with regard to the father’s estate. That may not be surprising; however, that same child also had no right to inherit from the mother’s estate which seems appalling to us today. It wasn’t until well into the 20th century that societal views began to change with regard to “illegitimate” children, who finally began to be known as “children born out of wedlock.”

As is so often the case, when societal views shift or change, the la eventually follows – albeit at a snail’s pace sometimes. In 1968, a U.S. Supreme Court case (Levy v. Louisiana) held that state laws that denied illegitimate children rights based on their illegitimacy were unconstitutional under the Equal Protection Clause. A decade later, in Trimble v. Gordon, the Supreme Court struck down a state law provision that denied an illegitimate child the right to inherit from her father unless the father’s Will stipulated the inheritance. Today, most state laws acknowledge the inheritance rights of a child born out of wedlock; however, the child may still encounter hurdles when it comes to collecting that inheritance.

How Does California Treat Children Born Out of Wedlock?

In the State of California, the intestate succession laws state that the natural child of a deceased individual has the right to inherit “regardless of the marital status” of the parents. The law acknowledges the child’s right to inherit; however, the child must be able to prove that he/she is a child of the decedent. For the purposes of intestate succession only, California law declares a parent-child relationship to exist if any of the following conditions are met:

Imagine losing your father – and then having to prove to a court that he was your father while you are still grieving his loss. What does it mean to “openly hold out a child as his own?”  To whom must your father have acknowledged your relationship? How often must he have done so? As a general rule, a child must prove to a court that there was more than a private acknowledgment of paternity but is not required to show a public “proclamation.” Unfortunately, that leaves quite a bit of grey area in the middle.

For a father who wants to acknowledge a child born out of wedlock, imagine what your child will have to go through after you are gone if you fail to make that acknowledgement clear while you are alive. The way to avoid putting your child through all of that is to execute a carefully worded Last Will and Testament, making it clear exactly who is, and who is not, to inherit from your estate.

Please download our FREE estate planning checklist. If you have additional questions or concerns about addressing a child born out of wedlock in your estate plan, contact us at the Northern California Center for Estate Planning & Elder Law by calling (916)-437-3500 or by filling out our online contact form.