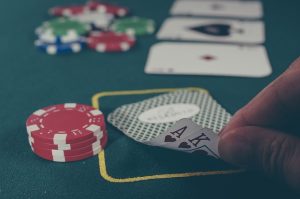 The unfortunate state of Cal Neva

The renovations at this Lake Tahoe casino were never completed.  Several months after ceasing the repairs, the Cal Neva Resort & Casino filed Chapter 11 bankruptcy.  As a result, it is not certain when the property will be able to reopen.  According to the court filings, the famous casino has approximately $40 million in debt, in addition to the more than $23 million required to finish the renovation.  The financial issues became dire in February when the developer defaulted on a $6 million loan.  At that point, the lender intended to initiate foreclosure proceedings, forcing the developer to file the Chapter 11 case in order to halt foreclosure.

The Cal Neva under a new developer

The new developer, Criswell Radovan, purchased the famed casino in April 2013 but was forced to close the facility five months later in order to give the property a much needed overhaul.  With the increase in popularity of Native-American owned casinos in California, the fame of the Cal Neva has declined over the years.  The goal was to reopen the gem in December 2014, in time for what would have been Frank Sinatra’s 99th birthday.  However, the projected opening has been pushed back even further due to the bankruptcy filing.

The future goals for the Cal Neva

The new vision for the 10-story hotel tower will include a resort with “Sinatra-era glamor,” including a 6,000-square-foot casino, which is very small by modern casino standards. Starwood Hotels & Resorts Worldwide Inc., an international hotel chain, contracted to operate the Cal Neva as part of its “luxury collection,” with a plan to open the renovated facility next April.

How does bankruptcy affect retirement planning?

When individuals, much like businesses, find themselves in financial distress, they often consider whether to file for bankruptcy. In that situation, it is common to be concerned about losing assets. A particular worry is: how does bankruptcy affect retirement planning? Will you be able to keep your retirement benefits, you worked so hard to obtain? Some retirement benefits are protected, depending on how you handle them.

Cashing out before filing for bankruptcy

Essentially, this means that the most common “qualified retirement plans” include profit sharing plans (including 401(k) plans), defined benefit plans, and money purchase pension plans. Generally, these are plans in which your contributions are not taxed until you withdraw money from the plan. That is the characteristic that makes them exempt.

If you have questions regarding retirement planning issues, contact the Northern California Center for Estate Planning and Elder Law for a consultation, either online or by calling us at (916) 437-3500.