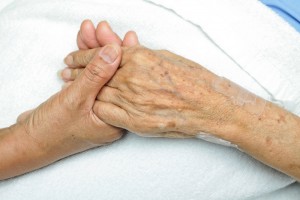 The American people lost one of its icons recently with the passing of former First Lady Barbara Bush. Not only was she the wife of a former President of the United States, but the mother of one as well. Her choice to accept only “comfort care” at the end of her own life put the bigger debate surrounding end of life health care decisions in the national spotlight. Whatever your own personal beliefs are regarding end of life care, the national debate surrounding comfort care is a reminder that now is the time to ensure that your wishes will be honored by updating your estate plan to include advanced directives.

Barbara Bush – the Woman, the Wife, the Mother

It’s hard to imagine a woman who has played a more important, and long lasting, behind the scenes role in American politics and government than Barbara Bush. Her husband, George Bush, served as a Congressman from Texas, and Ambassador to the United Nations, and Director of Central Intelligence before becoming Ronald Reagan’s running mate in the 1980 Presidential election. After Reagan’s win, Barbara served as the nation’s “Second Lady” from 1981-1988. When her husband was subsequently sworn in as President in 1989, Barbara ascended to the role of First Lady. Barbara is also the mother of George W. Bush, Governor of Texas from 1995-2000 and the nation’s 43rd President, serving from 2001-2009, as well the mother of Jeb Bush, Governor of Florida from 1999-2007.

The former First Lady passed away on April, 18, 2018 at her home in Houston at the age of 92. Bush had been suffering from congestive heart failure and chronic obstructive pulmonary disease, according to family spokesman Jim McGrath. In the days leading up to her death, a family spokesperson announced that Bush had made the decision “not to seek additional medical treatment and will focus on comfort care.” That announced sparked a flurry media coverage and brought the issue of end of life medical care, and personal choice, into the national spotlight once again.

The announcement came amid a national effort to define and document patients’ wishes, and consider alternatives, before they are placed on what has been described as a “conveyor belt” of costly medical interventions aimed at prolonging life.

“It makes perfectly good sense at her age, with her failing health, that she would say at some point, ‘Life’s been good, and while you always want more, it’s enough,’” said Dr. Joanne Lynn, director of the program to improve elder care at Altarum Institute. Lynn worked with Barbara Bush years ago, when she was a congressional spouse volunteering at the Washington Home for chronically ill patients. Bush helped with the founding of the hospice program there. “We have so few examples in visible leadership positions” of public figures promoting palliative care, she said.

Part of the problem when discussing end of life medical care can be found in the terminology itself. What exactly does “comfort care” include? More importantly to the debate, what does it exclude? Dr. Haider Warraich, a fellow in cardiovascular medicine at Duke University Medical Center and author of the book “Modern Death,” also applauded the Bush family for putting the phrase “comfort care” into the public sphere so that other people can consider it “a viable option at the end of life.”  He added, however, that the statement also creates confusion about the meaning of “comfort care,” by suggesting that it entails stopping medical treatment. “Comfort care” usually refers to palliative care, which focuses on managing patients’ symptoms to keep them comfortable and retain their dignity, Warraich said.

“One of the common myths about palliative care is that they are being denied medical help,” Warraich said.  For heart failure patients, he said, “comfort care” usually means opting not to use a breathing machine or CPR. But patients do continue to receive medical treatment, including morphine to ease shortness of breath, and diuretics to remove excess fluid from their lungs, he said.  “By bringing this into the sphere of discussion,” Warraich said, “we can start thinking about comfort and palliation long before they are in the clutches of death.”

Whether you are adamant that comfort care only is what you want at the end of your life, or are equally certain that you want every available treatment administered until your final breath, the only way to be certain your choices, beliefs, and wishes will be honored is to incorporate advanced directives into your estate plan. In the State of California, an Advance Health Care Directive (AHCD) allows you to appoint an Agent who will have the legal authority to make health care decisions for you if you are unable to make them yourself. The same AHCD also lets you state in writing your wishes regarding end of life health care.  Once properly executed, an advance directive is legally binding, providing you with the peace of mind that comes with knowing your wishes will be honored.

Please download our FREE estate planning checklist. If you have additional questions regarding California advance directives, contact us at the Northern California Center for Estate Planning & Elder Law today by calling (916)-437-3500 or by filling out our online contact form.