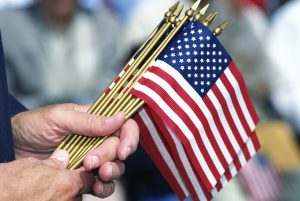 In the United States, veterans are supposed to receive a wide range of benefits that are intended to show, in some small way, how much their service and sacrifice means to the country. One of the lessor known of those benefits is Veterans Aid and Attendance (VA&A) benefits. VA&A benefits are an additional monthly benefit for qualified veterans who are entitled to pension benefits. The extra income each month can make a significant difference to veterans who need assistance at home with daily tasks of living or who are paying the high costs associated with living at a long-term care facility. Sadly, many eligible veterans face a seemingly insurmountable struggle to get benefits approved. The Roseville veterans aid attorneys Northern California Center for Estate Planning & Elder Law share one veteran’s heartbreaking story about the fight to get his Veterans Aid and Attendance benefits approved.

According to a recent news story, Robert DiCicco joined the Marines in 1952 and a year later found himself crouched in a crude Korean trench, fighting for his life against a swarm of Chinese troops who outnumbered his unit 20 to 1. DiCicco survived the horror at Carson Outpost, dug close to the present-day boundary that divides the Korean peninsula. He returned to Camp Lejeune, N.C., and married a Marine, brought her home to Dorchester, and later raised three children south of Boston while working for a fence company.

Last year, he and his wife entered a nursing home. Soon thereafter, DiCicco found himself battling the same government for which he has risked his life.  “This has been the most terrible thing I’ve ever been through,” said his widow, Mary Lou DiCicco. Robert died March 2 at age 85, consumed by anxiety over a nursing-home bill that had risen to more than $40,000 since November — a bill that the US Department of Veterans Affairs should have helped pay, according to legal experts and the VA itself.

In his last months, DiCicco routinely pushed his wheelchair to the front desk of the Four Seasons nursing home to inquire about his debt. Each time, as the total grew with no sign of government reimbursement, DiCicco’s burden grew heavier. “He died waiting for it,” said Mary Lou, dabbing her eyes with a tissue. “They do everything to get a man over there to get him shot at. He paid a debt to his country, and I feel that they owed him something.”

Robert’s story echoes that of many other veterans. In fact, the long wait for benefits has prompted a cynical refrain among many veterans frustrated with the bureaucratic lethargy of the VA: “Delay, deny, wait till they die.”

As wartime veterans, the DiCiccos are entitled to a “Veterans Aid and Attendance” pension, a benefit applied to the cost of caregivers at home or in assisted-living facilities. But like many veterans, the DiCiccos found themselves desperate and adrift while their nursing-home debt climbed and the VA failed to update them on the progress of their claim. Making matter worse is the fact that for veterans 85 and older, an application for benefits is supposed to be expedited. Out of other options, the DiCiccos finally sold their small Arkansas home at a loss to reduce the nursing home debt.  VA officials eventually acknowledged the DiCiccos’ complaints. “Clearly, we could have done better for Mr. and Mrs. DiCicco,” the VA said in a statement.

When family members realized they could no longer handle caring for Robert, a nursing home appeared to be the only practical but expensive option — one that the family trusted the government would help pay for.

Steve DiCicco, the couples’ retired son, said he called the VA dozens of times to check on the claim, only to be trapped in a familiar, maddening cycle — long waits on hold, transfers to distant offices, and employees who could not locate the claim, he said. “What makes me the maddest of all is that he didn’t die in peace,” said Steve.

The nursing home’s managers, unwilling to cut off care, let the DiCiccos stay and defer nearly all payment until the VA had processed their claim, said Kim Moseley, regional director of the Shepard Group, which owns the Four Seasons. “They were such a sweet, loving couple that we just had to help them,” Moseley said. “They didn’t even have hardly any spending money.”

Moseley said she placed several calls to the VA while Robert DiCicco listened from his wheelchair. Each call ended the same way — no approval, no update on where things stood, no firm information at all. “I told them that these veterans could be homeless if it wasn’t for our home taking them in, and that they needed to be approved very soon,” Moseley said. “It wasn’t something that was very important to the VA. The disappointment that would come across his face was heartbreaking.”

VA officials said the DiCicco case is complicated because, under law, pension claims for two married veterans must be processed simultaneously, and that Mary Lou DiCicco’s claim required additional, time-consuming verification of her military service.  The VA said that “regrettably, our efforts to establish entitlement resulted in delays.”

As they waited for answers, the DiCicco family watched their savings dwindle. Steve DiCicco, who lives in a mobile home, said he took out a $3,000 loan simply to get his parents into the nursing home.  Later, nearly two-thirds of the money the family received from the sale of the house went to the nursing home bill, he said.  “My mom was crying,” DiCicco recalled. “She said, ‘That money from the house was for you kids.’ ”

Despite all the obstacles his father encountered, Steve DiCicco said, the old Marine was reluctant to criticize the VA. But the waiting took its toll, filling his end days with the fear that he would leave his children a debt he had worked a lifetime to avoid.  “He was worried to death,” said Steve’s wife, Angelia.

Six days after his death, Marine Corporal Robert DiCicco’s claim had been approved. Sadly, Robert DiCicco will never know that the debt is paid.

Please download our FREE estate planning checklist. If you have additional questions or concerns regarding Veterans Aid and Attendance or other veterans benefits to which you might be entitled, contact the veterans aid attorneys at the Northern California Center for Estate Planning & Elder Law today by calling (916)-437-3500 or by filling out our online contact form.