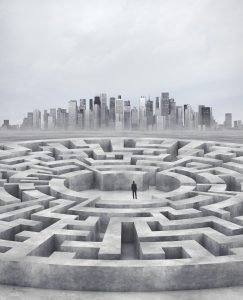 For anyone who has a loved one that suffers from Alzheimer’s disease, one of the biggest worries they have is that their loved one will wander off and become disoriented which can lead to serious injury or even death. Putting your trust in a care facility to protect your loved one with Alzheimer’s is not easy, particularly when stories such as the one that follows seem to permeate the news.

According to a recent news report, an 84-year-old woman who suffers from Alzheimer’s disease was deposited outside an assisted living facility in the middle of the night, alone, and with no way to get into the facility. Understandably, her daughter is outraged.

The daughter, Long Beach resident Costanza Genoese Zerbi says her mother, Savina Genoese Zerbi, can be seen on a video after being left alone outside the facility in the middle of the night.  Her mother was apparently taken from the Regency Palms assisted living facility to the emergency room at the College Medical Center on January 12th after making suicidal comments. According to Costanza, her mother was treated and released hours later, at which time she was put in a cab, by herself, and was driven back to the Regency Palms, where she arrived about 2:15 a.m. on January 13th.  “I was horrified by this,” said Constanza Zerbi. “Putting my mother in a cab is no different from a hospital putting a minor child in a cab. She is delusional, has hallucinations (and) is confused about facts. She has the mental capacity of a toddler,” Zerbi said of her mother’s mental state.

Amazingly, security video from the night in question shows Savina wearing a bathrobe and sandals and carrying a large envelope outside the doors of Regency Palms. She tries to open the front door, then pounds on it several times before she walks away.  A different security video shows her pacing up and down a dark alley before returning to the door. Constanza claims that she was eventually let into the assisted care facility about 45 minutes later, around 3 a.m., though it is unclear who let her in.

According to the hospital, Savina Zerbi turned down an offer to assist with transportation. Instead, she allegedly asked to be taken home, according to the affiliate. The hospital also claims that both Regency Palms and a relative of Savina’s were notified of her impending discharge from the hospital.  Costanza said her mother was especially vulnerable because she’d just started living at the assisted care facility and was having a hard time adjusting to her new life there.

Costanza Zerba filed a complaint with the California Department of Public Health against College Medical Center for sending her mother back to the care facility in a cab.  She has told the media that her purpose in filing the complaint is not to set the groundwork for a lawsuit but to create awareness and to prompt the hospital to improve how it handles patients like her mother, she said. “I would just like to see the hospital operate in a more responsible way,” she said.

In a statement, the California Department of Public Health confirmed it is investigating the incident but said details on any potential pending or ongoing cases are kept private until the investigation is complete. The College Medical Center, however, has defended its actions, saying it complies with regulations on patient discharge, but will discuss the concerns with Zerbi’s family.  Originally, Constanza planned to meet hospital officials on February 11th; however, she has decided against it because she is unconvinced that the hospital is prepared to discuss the incident in a way that will improve its practices.  For now, Savina Zerbi remains at Regency Palms.

Please download our FREE estate planning checklist. If you have additional questions or concerns relating to Alzheimer’s disease specifically, or elder law legal issues, contact the Sacramento elder law attorneys at the Northern California Center for Estate Planning & Elder Law to find out today by calling (916)-437-3500 or by filling out our online contact form.