Elder Law 101:  Do you have some concerns about an older family member's driving safety?  As our older family members continues to age, you probably have a lot of concerns about his or her health and safety.  Are you unsure if he or she should continue to drive? Take a look at the below guide to learn more about when it is the right time to take away the keys.  With this knowledge, you will be able to keep your loved one and the others around him or her safe.   If you have further questions, … END_OF_DOCUMENT_TOKEN_TO_BE_REPLACED 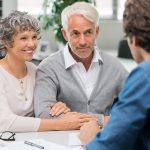 If you are acting as a caregiver for an elderly loved one, you will undoubtedly feel overwhelmed at some point (if not on a regular basis!) One thing that may be able to help is contacting a geriatric care manager. We hope this report will help you decide if a geriatric care manager is right for you. Caregiving by the Numbers For a caregiver, it often feels as though they are the only person in the world going through the trials and tribulations of providing care to an elderly loved one. … END_OF_DOCUMENT_TOKEN_TO_BE_REPLACED 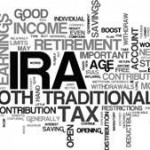 The most significant action of Congress in 2019 relating to retirement and estate planning was the late December passage of the “Setting Every Community Up for Retirement Enhancement Act of 2019”, commonly known as the “Secure Act”. It was signed into law shortly thereafter and is effective January 1, 2020, for most purposes. In this and future newsletters, we will look into the provisions of the Secure Act and also some strategies to maximize benefits and minimize problems created by this … END_OF_DOCUMENT_TOKEN_TO_BE_REPLACED

Though they come with promises of relaxation and time with family, the holidays can also be the source of a significant amount of stress. This is especially true if you have elderly parents and visiting them during the holidays makes you realize just how old they’re getting. It can sometimes come as a shock to learn that your parents are no longer as able to care for themselves as they once were, and this holiday season it may be a good time to have a discussion with your parents about their … END_OF_DOCUMENT_TOKEN_TO_BE_REPLACED 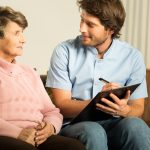 For an adult child, watching a parent’s physical and/or cognitive decline is extremely painful. At some point, a role reversal may occur, turning the parent into the child and vice versa. At this point, it is probably time to consider petitioning to become your parent’s conservator. Taking what seems like such a drastic step may feel like you are stripping your aren’t of his/her freedom and dignity. However, your parent may actually benefit from a conservatorship. What Is an Adult … END_OF_DOCUMENT_TOKEN_TO_BE_REPLACED

In today’s society, family members are often scattered throughout the country and even abroad.  This phenomenon can cause much stress and worry when an elder family member who is not nearby now needs additional assistance in managing his or her affairs. The first step to long-distance caregiving is to understand your loved one's situation and needs. Schedule a visit with your relative or friend spanning several days to observe how they make decisions, solve problems and complete daily tasks, … END_OF_DOCUMENT_TOKEN_TO_BE_REPLACED

It can be heart wrenching to decide if a family member or friend you love can no longer safely live in their own home.  It can be scary for that loved one to think about his or her care needs and possible new living environments.  If you have concerns about a loved one , consider the following questions when determining care needs.  If you need help, consult with an experienced and qualified estate and elder care attorney. Does your loved one have medical needs that require special … END_OF_DOCUMENT_TOKEN_TO_BE_REPLACED 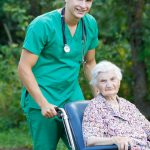 Aid in dying laws, also referred to as physician-assisted dying or death with dignity laws, are very controversial in the United States as well as in other countries that have them. Those who support these laws typically do so because they believe that someone with a terminal illness should have the right to choose how and when they die. Those opposed to aid in dying laws often do so for ideological, moral, or religious reasons. Regardless of where you stand on the issue, if you are a California … END_OF_DOCUMENT_TOKEN_TO_BE_REPLACED 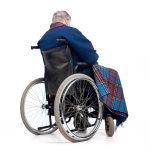 As the older population in the United States continues to grow at an unprecedented rate, issues that directly impact the elderly have taken center stage.  Sadly, one of those issues is elder abuse. Despite efforts aimed at preventing elder abuse and at prosecuting those who prey on the elderly, elder abuse appears to be a growing problem. One reason for that is the simple fact that the majority of victims do not report the abuse. Reporting requirements, similar to those that apply to suspected … END_OF_DOCUMENT_TOKEN_TO_BE_REPLACED