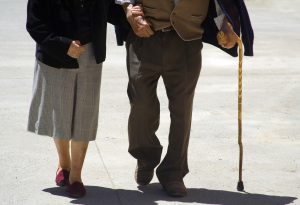 Whether you are a senior yourself, or you are the loved one of one, the subject of moving to a “retirement” or “assisted living” community is bound to come up at some point. Putting off the decision to move to an assisted living community is understandable – most people prefer to remain in their own home as long as possible. As a recent news article discusses though, waiting too long to consider making the move to an assisted living facility may come at a price, and that price may just be the price of admission.

The Window of Opportunity Closes Fast

“There’s a window, and once it closes, it closes forever.”  Len Fishman, director of the University of Massachusetts Boston’s Gerontology Institute, was talking about an urgent issue in a society that values “aging in place”: deciding the right time to leave your home and move into housing for seniors. “It’s a real pressure point,” Fishman said.

Many older people are happier after moving to a place where life’s chores are eased, activities and social opportunities are on site, and a van goes right to the grocery store.  The problem is that with horror stories about elder abuse at facilities seared into the public’s mind, and prices that can run $10,000 a month or more, the specter of moving into an old persons’ home — even if it’s not called that — can cause stress between older parents and their adult children, between spouses when one is healthy and the other isn’t, and of course for the seniors themselves.

Turned Down for Assisted Living?

Moreover, seniors who fall somewhere between complete independence and needing around the clock care often find the most obstacles when searching for the right facility.  “What they call ‘assisted living’ is a misnomer,” said Murray Cooper, 94. He laughed joylessly. “If you need assistance, they don’t want you.” Cooper has friends who have moved into assisted living, he said — apartments that are supposed to be nice. “But the kitchens are so dark and bare. Going into such a place would be devastating. They’re much too restrictive.”

It’s sad to think older people would have to prove themselves to get into a facility or worry about a waiting list — as if they were trying to get into college — but that happens all the time, said Kate Granigan, CEO of LifeCare Advocates, a Newton-based firm that helps seniors and their families manage care.  “You can be turned down anywhere,” she said. “Independent and assisted living can turn you down. Even a skilled nursing home can turn you down. If you’re a male with MassHealth and behavioral issues, you can be told, ‘We don’t have a bed that fits your requirements. But it can also be ageism,” she said. “The residents will [privately] say, ‘I don’t want to see people who are frail or in wheelchairs or being fed by a caregiver.’ ”  That feeling is also expressed by those who are touring facilities, she said. “I can’t tell you the number of times I’ve had a 90-year-old say, ‘I’m not going there. It’s all old people.’ ”

There are several types of housing for seniors. In an independent-living community, seniors buy or rent a unit with a full kitchen and a parking spot. The screening process varies, but in general, residents need to primarily care for themselves. These are typically private-pay communities.

The next level is assisted living, which is for people with some physical or cognitive impairment. These are also primarily private pay. Some communities allow residents to stay even if their conditions worsen significantly, another reason for apprehensive seniors to make a move before “waiting too long.”

The third level is skilled nursing, or what’s called a nursing home, which is generally covered by private pay or Medicaid (once your funds are exhausted), although some high-end nursing homes are private pay only.

For those who want all three on one campus, there are continuing-care retirement communities.

Kathy Vines, a professional organizer from Melrose, regularly gets calls from her 74-year-old mother in Florida, agonizing that if her father’s numerous health conditions worsen and he needs to shift from the walker he uses now to a wheelchair, no assisted-living facility will take them.  “In her mind, that is the line she’s chasing, whether it’s real or not,” Vines said. “We’re dealing with her perception of what their options are going to be.”  Whether or not the “walk-in test” is real, it causes a lot of stress.

In the South End, Anne Lower feared that her mother, 85, would have a debilitating fall in the three-week period after her parents put down a deposit for an apartment on an active floor in a retirement community and before they were slated to move in. “They wouldn’t necessarily have rejected her,” Lower said, “but they would have put her on a more monitored floor that provided skilled nursing care similar to a hospital.”  That might have worked for her mother, she said, but it would have sent her father — 88, vibrant, and still the “mayor” of his local Y — “into deep depression.”

Please download our FREE estate planning checklist. If you have additional questions or concerns regarding senior housing issues, contact the Sacramento elder law team at the Northern California Center for Estate Planning & Elder Law today by calling (916)-437-3500 or by filling out our online contact form.