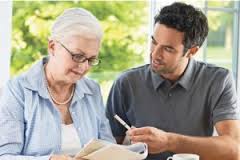 There are some problems that are swept under the rug for one reason or another, and elder financial abuse is one of them. This issue has always existed, but up until recently, there was very little known about it. The matter is hard to analyze, because the vast majority of cases go unreported.

In fact, a recent Elder Abuse Prevalence Study found that only one case out of every 44 is actually reported to the authorities.

Why would so many cases of elder financial abuse go unreported? In many cases, the victims are not aware of the abuse, and this is one cause. Secondly, many instances are never reported because the victims are trying to protect the perpetrators.

Though it is a very shameful reality, family members, friends, neighbors, and care givers often take advantage of their access to elderly people with financial resources.

Of course, there are also crimes of predation. Con artists, scam perpetrators, identity thieves and the like often prey on senior citizens.

Though it is challenging to accumulate sound data, there have been some studies conducted over recent years. Back in 2011, the MetLife Mature Market Institute put the issue of elder financial abuse under the microscope. At that time, MetLife estimated annual losses at around $2.9 billion, which is certainly an attention-getting figure.

However, the stakes have gotten much higher according to a newer survey that was released earlier this year. True Link Financial has done some research of its own, and they have placed the figure much higher. According to this survey, annual losses are an astounding $36.5 billion.

This survey has drilled down even further. Researchers have found that approximately 7 percent of elder financial abuse victims lose at least $10,000. Among these people, an average of $52,300 per person is lost.

Elder financial abuse has gotten the attention of the powers that be. There are government agencies who are ratcheting up efforts to reduce the elder financial abuse problem, but they certainly have their work cut out for them when you look at the statistics that have been compiled by True Link Financial.

As elder law attorneys, we assist people in the greater Sacramento area who want to prepare for the eventualities of aging. Clearly, elder financial abuse is one of the major elder law issues of our current era, but there are other eventualities that you should prepare for in advance.

If you are ready to take action, our firm can help. We can answer all of your questions and help you protect yourself if you decide to go forward. To set up a consultation, send us a message through this page: Sacramento CA Elder Law Attorneys.